Type a URL to search registration information about any website

Below is a sample of the emails you can expect to receive when signed up to Chipper CI. 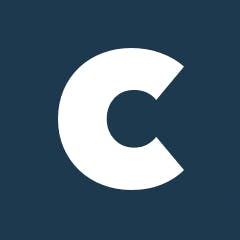 You''re receiving this because you signed up to hear about (or are a user of) Chipper CI. If that''s not interesting to you any longer, definitely feel free to unsubscribe!

Since around March, we''ve been working on re-building Chipper CI''s build system. COVID hit and slowed this *way* down, but we''ve finally pushed it out into production!

The new build system is much less naive than our original solution, and will serve as a great platform to build more advanced features.

What''s this mean for you?

Everything should work exactly the same, but better:

?? There are a lot more interesting details to this - read more about the new build system here if you''re interested!

Want to try it out?

We''re slowly moving Chipper CI teams onto the new system. If you''d like to try it out, reply here and let us know!

if you request access, here''s what you can expect:

If the experience isn''t at least *a little* boring, you should let us know! Everything should work just like before, but a hopefully faster.

Yes! We''ve worked out all the kinks we could find. We''ve had it in production usage for a good deal of time. Of course, there could still be some bugs. Luckily, rolling your team back into the older build system is super easy.

We haven''t seen any issues come up recently (hence this email), but after a bit more testing in coming weeks, we''ll begin rolling everyone into the new build system.

Let us know if you''d like to try it out!

You''re receiving this because you signed up to hear about (or are a user of) Chipper CI. If that''s not interesting to you any longer, definitely feel free to unsubscribe!

We get a lot of them!

So many, in fact, that sometimes the poor web server would get overloaded and return an error. That could easily mean a Chipper CI user could have missed a build (or worse, a deployment).

Luckily we noticed this pretty early on. The FixT is pretty magical. It scales well past anything we''ll ever need, and currently only costs us about $5/mo (much less than a larger server, and definitely less than more servers!). Most importantly: It''s much harder to lose a webhook.

The TL;DR is that we used some AWS services:

We didn''t land there on our first try tho! If you want to see how we got there, and more details about the specifics, read about how we handle webhooks here!